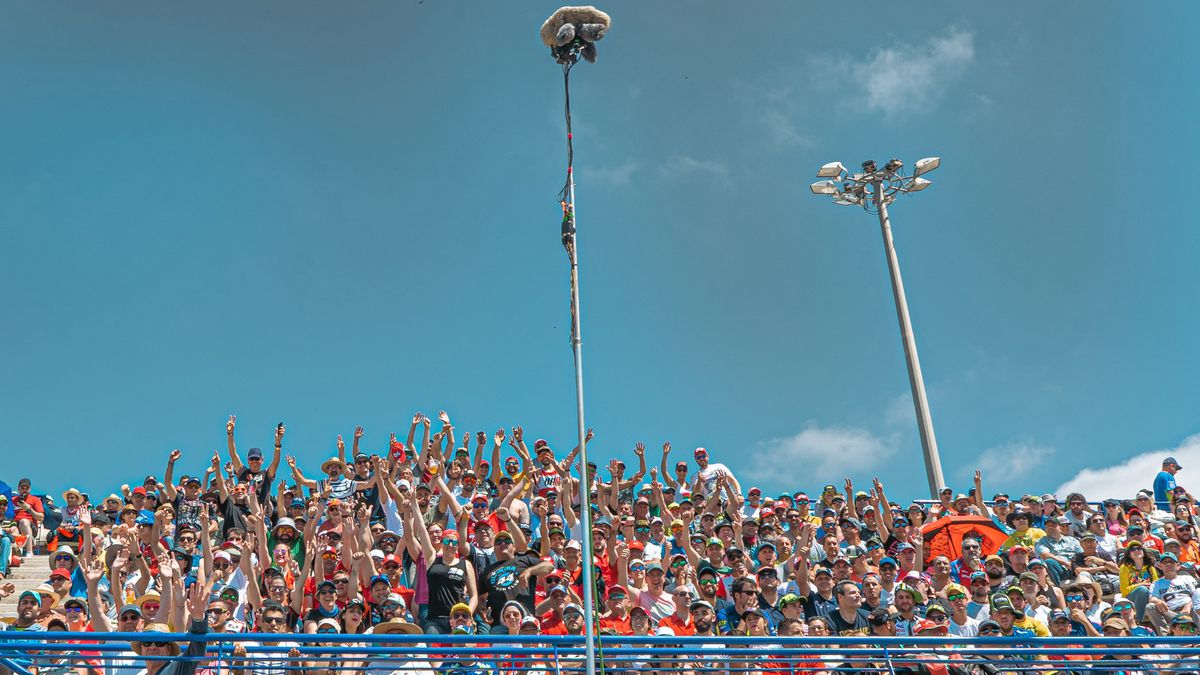 Located at Dorna Sports’ facilities in Barcelona, ​​Spain, the extensive remote production suite, which is expected to be rolled out gradually throughout the 2024 season, will include a dedicated 7.1.4/5.1.4 audio control room tailored to mix the immersive audio received from the track in real time. Audio-Technica 8.0 microphones should be located at the podium, parc fermé, pit lane and key positions around the circuit.

While the audio control room will remain static, on-track audio acquisition must capture the complex dynamic audio content of motorcycling’s premier world event while being practical in terms of setup and breakdown, given that there may be more than twenty GP in the world. each season. Audio-Technica’s Concept 8.0 Microphone is designed to be lightweight and small enough not only for discreet placement in a playing field, but each of the eight 12mm elements can be removed from the center stand and quickly stored in a compact housing, making it rapid deployment by a single operator.

The simplicity of the 8.0 microphone concept is also its advantage, as producers and engineers who wish to capture immersive audio content in a real-time and fast-paced environment, such as live sports, will have a convenient and simple solution without the additional algorithms and decoding required in alternative immersive audio capture applications. In addition to sports broadcasting, Audio-Technica sees several applications for its new microphone design, including concert halls and outdoor festivals.

“The ongoing design and technical feedback we received from the audio team at Dorna Sports, which started with just a 3D printed prototype, was both invaluable and instrumental in our rapid development of the 8.0 concept,” said said Rodrigo Thomaz, Audio-Technica Project Manager for MotoGP, “and indeed the learnings have given us confidence to deliver over 20 pieces to the host broadcaster tasked with broadcasting the summer sports fortnight across the world in immersive audio since Japan earlier this year.”

“As audiences expect and demand a more holistic audio experience in their listening environments,” Thomaz continued, “the need for real-time, immersive live mixing will only increase. Audio-Technica is well positioned to provide the tools needed at the start of this immersive signal chain.

The Making of The Weeknd’s Trilogy Mixtapes | Thinner