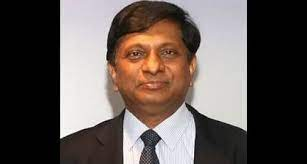 Direct-to-mobile streaming will cause disruption for cable, DTH: Apurva Chandra

Ministry of Information and Broadcasting (MIB) Secretary Apurva Chandra said the convergence between Direct-to-Mobile and 5G broadband will improve broadband consumption and spectrum utilization in India.

Chandra also said that direct-to-mobile streaming will also benefit broadcasters as they will gain access to a new set of audiences. “This technology will certainly be a huge benefit to broadcasters because the number of consumers for a show is limited to 20 crore or 21 crore households that have television. Once this direct transmission takes place, I’m sure viewing habits will will change and that the consumption of news will multiply in the country.

He noted that India is one of the biggest consumers of internet data. He pointed out that there are 1.2 billion mobile devices in the country, of which 750 million are smartphones. “82% of Internet traffic is video. 1.1 million minutes of video are consumed every second, which equates to 60 billion DVDs in a month.”