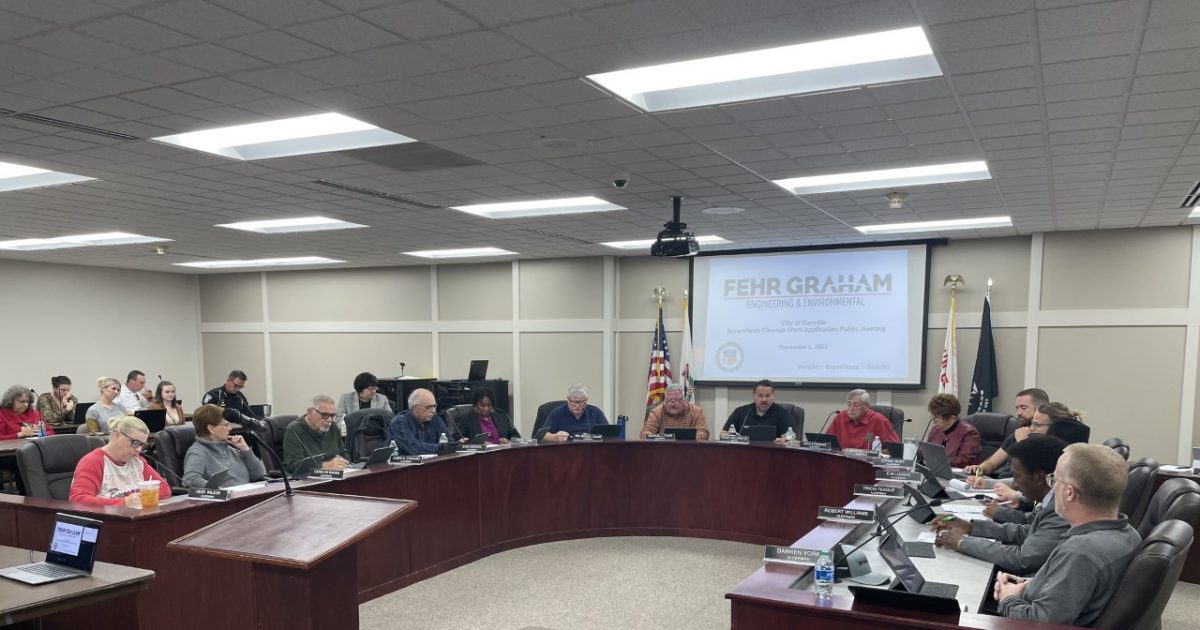 Danville City Council unanimously approved a change in the alignment of the city’s seven aldermen’s wards based on the latest census. Mayor Rickey Williams, Jr, says it was handled the same way when he was a councilman: the administration comes up with a proposal, asks councilors if they want changes, and it’s put to a vote. Mayor Williams says he wishes the new map, drawn up in August, could have been approved sooner.

AUDIO: I wish I could have done this a little earlier, but there are so many great things happening in the city that sometimes you just have to work on the fire before you do, so.”

As for what’s changing, the mayor says 3,079 Danville residents are changing neighborhoods. He offered a more detailed description.

The mayor told us after Tuesday night’s council meeting that when it comes to anyone running in the municipal elections next spring who might now be in another ward, or who might now have signatures from petition from someone outside their neighborhood, the best thing to do is check the city’s website.

AUDIO: Best thing to do is go to the City of Danville website to see the neighborhood maps, and we should have those tomorrow or the day after.

The mayor says that if Danville stays the course, the next census, 2030, will hopefully cause a case of redistricting due to population growth.

Also at Tuesday night’s city council meeting, a presentation was heard by Ross Grimes of Fehr Graham Environmental Engineering regarding the city’s application for a brownfields cleanup grant from the United States Environmental Protection Agency. for the southeast corner of Vermilion and Fairchild. The plots there, which are now owned by the city and hope to be used for future development, include those which once housed the site of the First Farmers Bank, as well as Fonner’s dry cleaners. 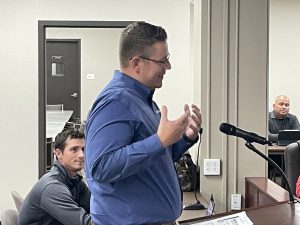 Fehr Graham’s Ross Grimes said dry-cleaning chemicals were found in the floor, along with hot spots where the bank was, which likely came from a gas station that was there before the bank. The city will apply for a grant of up to $2,000,000; and the cost estimated by Fehr Graham for the excavation of the contaminated soil at the site is $983,000. The grant application is due November 22, will be awarded next May or June; and if Danville gets the grant, work could start next October. Mayor Williams says there is a lot of hope for this corner, as there should be.

AUDIO: This is one of the busiest intersections in all of Vermilion County. So if we can make it usable for business again, I’m sure we’ll fill that slot.

As for the old gas station across the street on the northeast side of Vermilion and Fairchild, Mayor Williams says the city will never be able to take possession of it because it would require too much cleanup. He says this site will need a new owner, ready to get to work.

Promise of Glory – The Brooklyn Rail