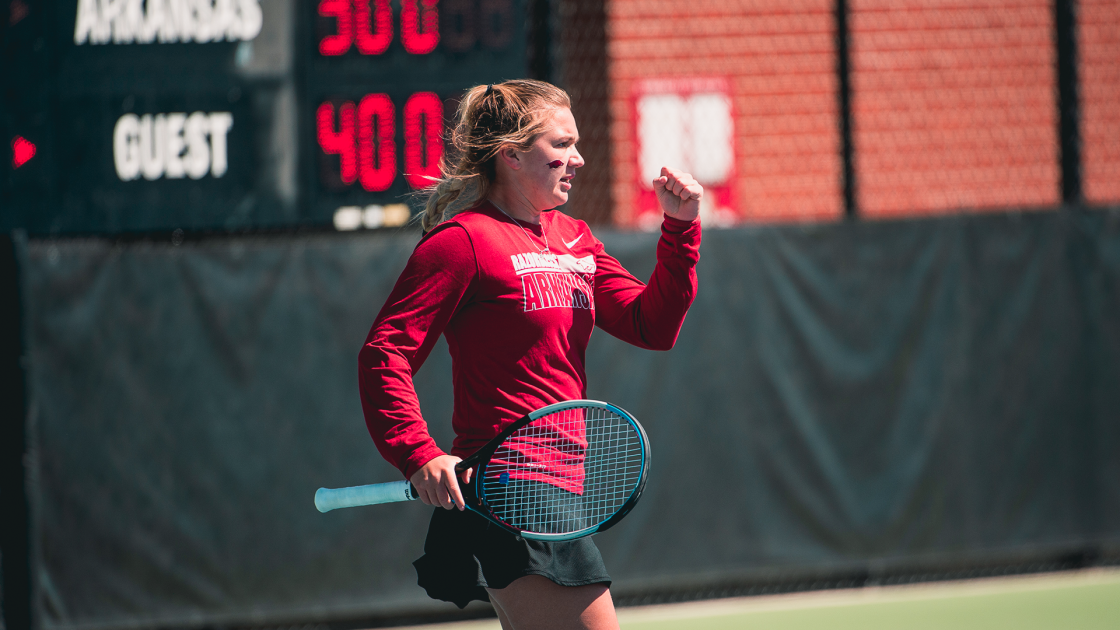 WACO, Texas – Arkansas closed the HEB Invitational on Sunday with five overall wins in singles over Tulsa and in doubles over Baylor. Sophomore Morgan Cross was the best in singles at 4-0 and sophomore Lenka Stara was third at 3-0 this weekend.

Morgan Cross concluded their undefeated singles weekend with a 6-3, 6-3 win over Benedejcic of Tulsa. Sophomore Kelly Keller captured the Hogs’ second singles victory in a 6-0, 6-2 victory over Rozenkova. After losing her first set, Grace O’Donnell came back strong in a three-set tiebreaker to defeat Lily Hutchings 3-6, 6-4, 1-0 (10-6).

The Razorbacks will continue the fall game on Thursday, October 21 when they travel to Iowa City to compete in the ITA Central Regional Championships.

Fans are encouraged to visit ArkansasRazorbacks.com for the latest information on all things Arkansas women’s tennis. You can also find the Hogs on social media by liking us on Facebook (Arkansas Razorback Women’s Tennis) and following us on Twitter and Instagram (@RazorbackWTEN).

Asus ROG Zephyrus S17 is a class above the rest