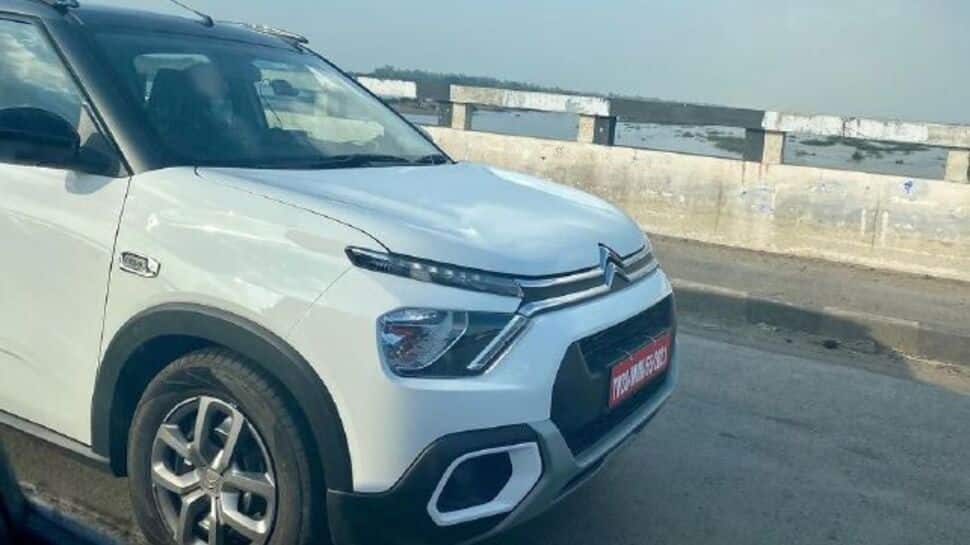 The Citroën C3, a subcompact SUV manufactured by Citroën, which has been announced for a launch in India in September 2021, is expected to hit the market in the first quarter of 2022, most likely in March-April.

For the first time, the micro-SUV was spotted in India without a mask. Developed for emerging markets, the Citroën C3 is a 5-seater subcompact SUV. With more than 90% localization, the model will be produced at the Thiruvallur plant in Chennai as part of the Citroën C-Cubed program.

The C3 has 180mm of ground clearance and a 315-liter trunk with blackened pillars and roof racks. With a wheelbase of 2,540 mm, the new Citroën C3 will offer a spacious interior with seats finished in fabric. Citroën claims the C3 has the most legroom in the segment for rear passengers.

In addition to the Citroën Connect touchscreen with a 10-inch screen, the car will also be equipped with Android Auto and Apple CarPlay connectivity and will offer information via voice recognition activated via the steering wheel. Its interior will also feature three fast-charging USB ports, a 12V outlet and a 1-liter glove box. In addition to the three-spoke steering wheel, images show a digital instrument panel, manual climate controls and heated interior mirrors.

With the C3, Citroën will have direct competition in the segment of compact SUVs and sedans in the price range of Rs 5-10 lakhs.