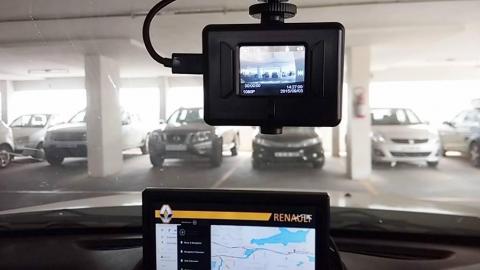 I realize the irony of talking about privacy when it comes to dashcams – a device meant to capture video of everyone around me without their consent.

BHPian lordrayden recently shared this with other enthusiasts.

I recently installed a dashcam in my car and as part of setting it up I was going through all the settings, adjusting and tweaking them. One of those settings was the option to enable/disable audio recording. The first thing that came to mind when I saw this option was, “Why would anyone even want to record audio from inside the car, right? violation of privacy? I know the audio recording should stay on the local SD card, but it still makes me feel uneasy. To me, at least, it seems like human beings don’t want to be spied on, which is what a permanent audio recording looks like. Anyway, I immediately turned off the audio recording (i.e. put it on mute).

I realize the irony of talking about privacy when it comes to dashcams, a device meant to capture video of everyone around me without their consent. But all of these people ARE in public, so it’s not a private situation in the first place, unlike inside my car. Just like the inside of my house is considered private, and the outsides are not.

A little later, I googled this specific topic of dashcam audio recording and most of the reasons I found audio recording support could fall into the following categories:

I was somehow unconvinced though.

I thought it would be interesting to hear other enthusiasts’ opinions on this as I don’t see this discussed much.

Here is what GTO had to say about it:

Having way too many confidential personal/business conversations in the car, whether on the phone or with my passengers. I don’t know where the SD card might end up one day.

In the rare event that something with a third party needs to be saved, I’ll save it to my smartphone.

Here is what BHPian smartmax had to say about it:

I record audio all the time. There is also a special use case – if you doubt that the camera captured the license plate correctly, you can read it aloud so that you at least know the number of the offending vehicle that just passed.

Here is what BHPian sagarpadaki had to say about it:

Used to keep the sound earlier. Now it’s off. The main reason is privacy. I don’t want anyone to hear what I/we are talking about in the car.

The added benefit is that more length of videos can be recorded.

Here is what BHPian Rajeevraj had to say about it:

I always kept him silent. Mainly because a lot of conversations happen in the car and usually it’s a place where you can have any type of conversation without worrying about someone overhearing you. The SD card can also be misplaced, lost or even stolen at any time. The benefits of keeping it are also minimal. So it’s obvious to me.

Here is what BHPian ramnaresh_2000 had to say about it:

It was on by default and I deliberately left it on. My car is mainly driven by me. If someone drives my car, I’m sure it would be my friends or family, which rarely happens. I keep it on in case of an accident or unwanted interaction with traffic cops.

Regarding privacy, doesn’t that mean that if someone gets into my car, he/she has to follow my rules and regulations? My rule is I keep the audio, if you have any concerns about that don’t use my car. I laugh. My security concerns outweigh my privacy concerns.

Here is what Pequod BHPian had to say about it:

It’s a nice feature, but my wife and I have way too many personal/family chats in the car – some of which could lead to disaster and discord if they end up in the hands of the wrong family member.

So still mute to me.

Check out BHPian’s comments for more ideas and information.