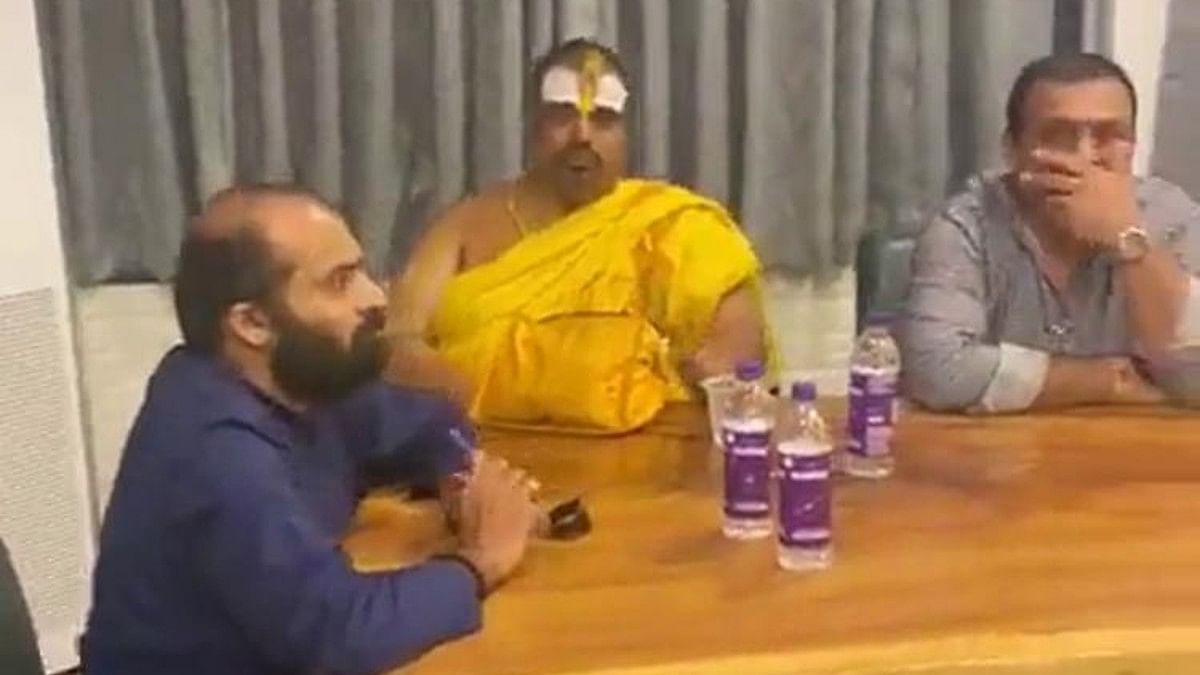 On Wednesday night, three suspected Bharatiya Janata Party (BJP) operatives were arrested at a farm of TRS MLA Pilot Rohit Reddy whom the trio allegedly tried to lure along with three other party lawmakers. Among those arrested were a priest from Faridabad, a seer from the Andhra Pradesh temple city of Tirupati, and a businessman from Hyderabad.

In the remand report, seen by ThePrint, police gave details of the plan to catch the accused in the act. Electronic spy gadgets were planted in the hall of Reddy’s farmhouse where a meeting was scheduled between the four deputies and the accused.

Reddy, the plaintiff in this case, was asked to give a signal saying ‘nariyal paani layeye,’ (Get some coconut water) after the meeting is over. Reddy would ask his domestic helper for coconut water, signaling police who had taken “advantageous positions” to take action.

The meeting, which began at 4:10 p.m. Wednesday, lasted about three and a half hours, according to the report. Right after it ended, Reddy gave the “pre-arranged” signal for the police to enter the room where the meeting was taking place.

In both pockets of Reddy’s white kurta were voice recorders planted by the police. The voice notes were played back and the defendants were confronted, but they did not speak, reads the report.

Cyberabad Police on Thursday said the accused had offered Rs 100 crore in cash to Reddy and Rs 50 crore to three other MPs to join the BJP.

Police, however, did not seize any money, leading to a court rejecting the trio’s custody application. Police then moved the Telangana High Court, which on Saturday ordered the accused to surrender within 24 hours.

The report, which also produced WhatsApp conversations from the trio, mentioned that the chats showed the accused discussing a certain list of 50 MPs from TRS and the Congress party.

In a WhatsApp chat with a certain ‘Santosh BJP’, one of the accused allegedly said that there were around 25 sitting MPs ready to join the BJP immediately and that the plan was for 40 of those members to join. the party. Another message in the same chat allegedly mentioned the four deputies, including Reddy, saying they were ready to leave TRS immediately, but would need “VITAMIN”.

Attacking the TRS and denying any association with any of these “agents”, the BJP alleged that the whole scene was a plot hatched by Telangana Chief Minister K. Chandrashekar Rao from his office-residence. Pragati Bhavan in Begumpet.

BJP leaders also demanded that the police establish strong evidence that the “agents” belonged to their party. The party has already petitioned the High Court to transfer the case to the Central Bureau of Investigation (CBI) for a fair investigation.

“This is all drama. Why did the deputies agree to meet with certain agents if they were not interested in leaving the party? Why did they allow these agents on their private property?” The Minister of Tourism of the Union, Kishan Reddy, said on Thursday that the MLA was poaching.

The tourism minister has been embroiled in the controversy after an old photo of one of the defendants with him went viral on social media.

Meanwhile, Telangana minister and incumbent TRS chairman KT Rama Rao issued a diktat on Thursday ordering party leaders not to make any statements while the case is being investigated. On Saturday, the minister reiterated that he had given the order so that no impression is created that the ruling party is trying to influence the investigation into the case.