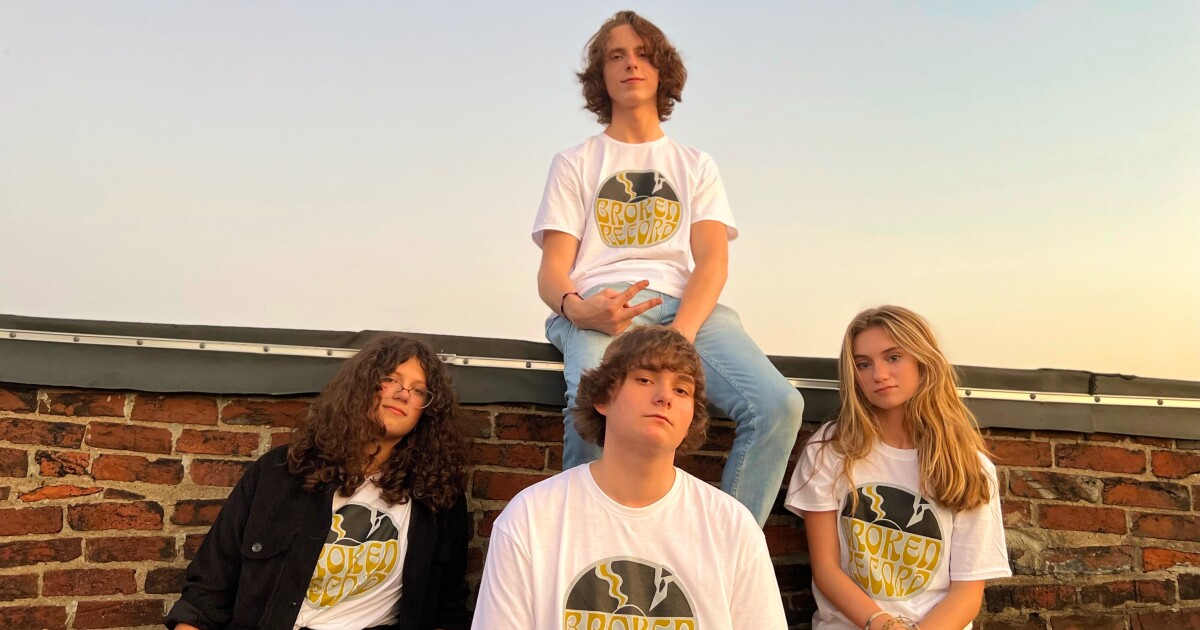 Broken Record was founded by members of the Allen Music School of Rock band program in Paducah. The four teenagers perform rock and roll with classical and contemporary influences. This Friday, Broken Record will perform on the next episode of Sounds Good’s Live Lunch series.

Most members of Broken Record were only 12 or 13 when the band was formed. When vocalist, guitarist and keyboardist Azlyn Goodyke was introduced to Allen Music’s band program, she knew it was something she would want to carry with her for the rest of her life. Lead guitarist Cody Trimmel resonates with this, as he wants to pursue a career in music.

The band also includes Sam Horton on drums, whose musical foundation was formed early growing up in a musical family. A few years later, Broken Record gained Kylah Hawkins, their second vocalist and bassist. Hawkins grew up watching his older cousin play gigs and was also inspired at a young age.

The program was the perfect opportunity to start learning about the music industry early on. Since then, the teenage band’s love of classic rock has opened the door to many local venues. After landing bigger gigs as a cover band, the band decided it was time to start adding some original music to the mix.

Each member offers a different form of art, and after playing together for four years, they blend effortlessly. Broken Record’s original tracks have a soft, alternative rock feel, drawing inspiration from bands like the Beatles, Sublime and Foo Fighters. The band are hopefully working on recording their debut album soon.

Broken Record will perform at Sounds Good’s Live Lunch on Friday, November 18 at noon. You can listen live, online at WKMS.org or via the WKMS Facebook page. Live Lunch is supported by Just Hamburgers in Paducah and local listeners like you.