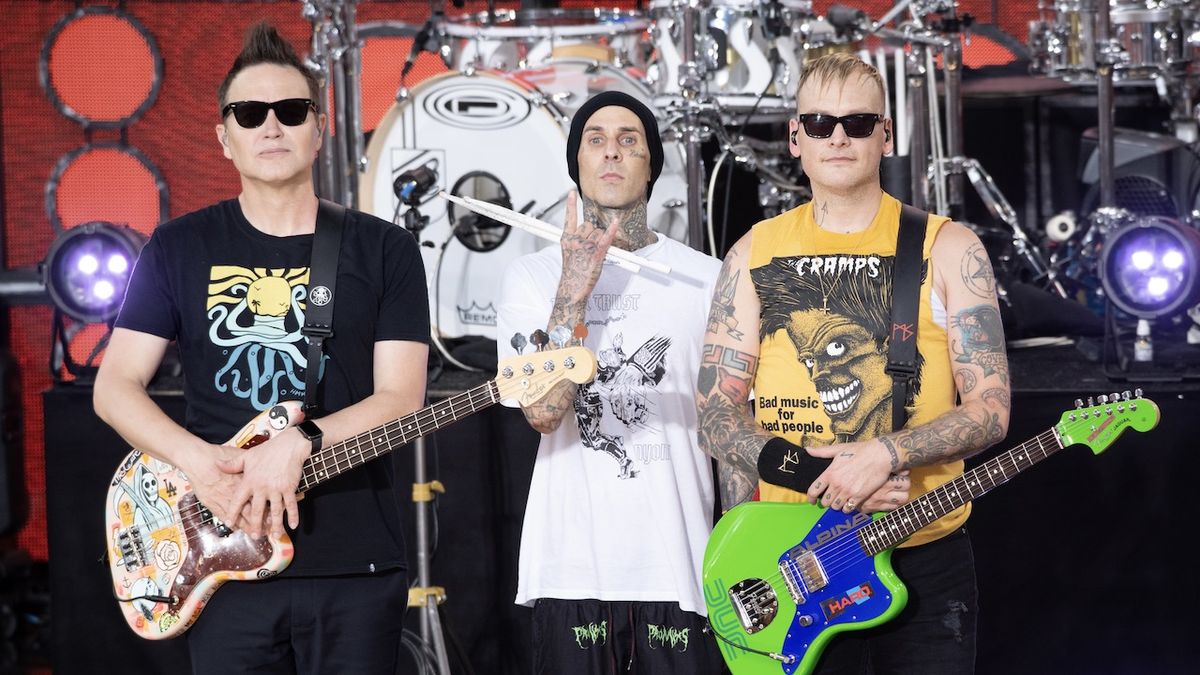 Alkaline Trio’s Matt Skika says he’s recorded “eight or nine” songs with Blink-182, which may never see the light of day now that Tom DeLonge has joined, and recorded a brand new album with the San Diego band.

Talk with Vulture about the unreleased songs recorded with Mark Hoppus and Travis Barker, Skiba admits “I don’t know if they’ll be released” adding “I think they’re really good”.

“There’s almost a whole album of stuff,” he reveals. “It was supposed to be an EP, and it went on, and it goes on. And now we have, I don’t know if they’re just going to be dropped, but there’s eight or nine new songs that are being made. We them basically finished, and then Mark was diagnosed, if I understand the timeline correctly.”

Lest anyone think Skiba is getting upset over the shelving of this material, he insists he couldn’t be happier to see Blink’s classic line-up reunited.

“I’m really, really happy, as a fan of the band, that they’re a family again,” he said. Vulture. “It seems like people are really excited about it, and I’m one of those people too. I’m honored to have been asked to replace Tom or join the band or whatever you want to put it. I’m proud of the work what I did with them. We had a great time… There’s no bad blood, there’s no drama, there’s nothing. It’s just the next chapter of group life.

Skiba was speaking ahead of this weekend’s When We Were Young festival, where the Alkaline Trio will join headliners My Chemical Romance and Paramore and a “Who’s Who” of pop-punk and emo artists.

When We Were Young 2023 has already been announced, with former Skiba band Blink-182 among the star attractions, alongside Green Day, The Offspring, Good Charlotte, Sum 41 and more.