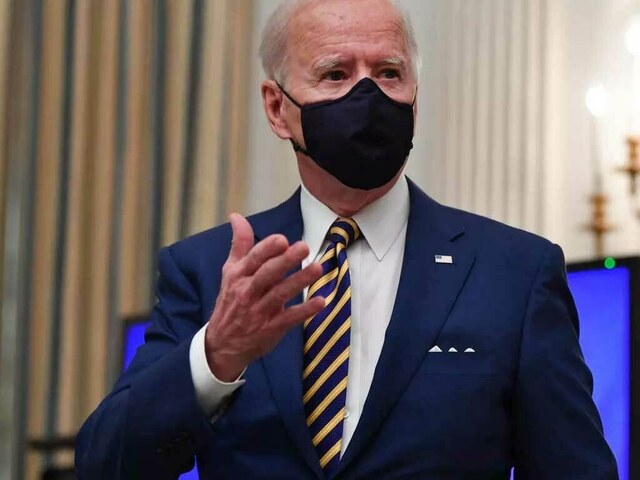 Biden to sound out Putin as U.S. warns against war in Ukraine ‘anytime’ – Reuters

KYIV: US President Joe Biden and France’s Emmanuel Macron prepared to sound out Russia’s Vladimir Putin on Saturday and Ukraine urged its citizens not to panic after Washington warned an all-out invasion could begin “from a day to day”.

Weeks of tension that saw Russia encircle its western neighbor with more than 100,000 troops came to a head as the Kremlin launched its biggest naval drills in years across the Black Sea.

Drills off Odessa in Ukraine have added urgency to a hastily staged call between Biden and Putin on Saturday aimed at defusing one of the most serious crises in East-West relations since the Cold War.

The Russian leader is also due to speak with Macron later on Saturday. The talks come after a week of frantic diplomacy by the French leader and European officials have done little to quell fears of war in Eastern Europe.

Russia added to the ominous tone on Saturday by withdrawing some of its diplomatic personnel from Ukraine.

The Foreign Ministry in Moscow said its decision was prompted by fears of “possible provocations by the Kiev regime”.

But Washington and a host of European countries cited the growing threat of a Russian invasion as they called on their citizens to leave Ukraine as soon as possible.

Germany has become the latest European country to advise its citizens to leave Ukraine while the US Embassy in Kyiv has ordered non-emergency personnel to leave Ukraine.

The prospect of frightened Westerners fleeing their country has prompted Ukraine’s Foreign Ministry to appeal to its citizens to remain calm.

“At the moment, it is extremely important to remain calm, to consolidate inside the country, to avoid destabilizing actions and those that sow panic,” the ministry said.

“Ukrainian diplomats are in constant contact with all its key partners, quickly receiving the information needed to prepare a timely response.”