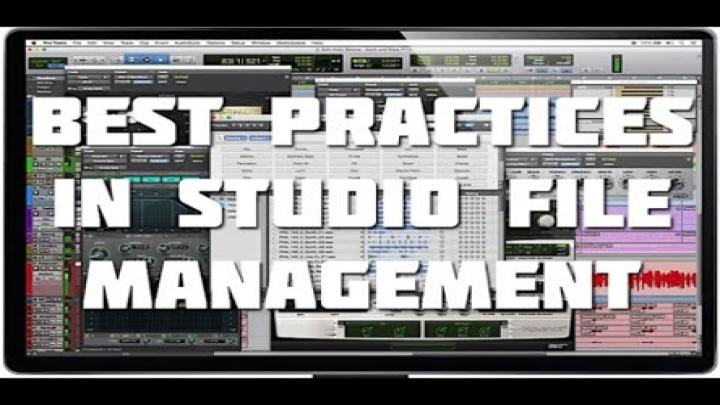 Without smart file management, it doesn’t matter how amazing your mixes are – they’ll never be released to the outside world. Attendees gained expertise on how to avoid major client emergencies and headaches. Good file management, with smart backup and consistent naming conventions, future-proofs sessions and adds up to a well-functioning studio. Time spent getting organized frees up more time for creativity.

David Weiss of Sonic Scoop introduced the panelists along with moderator Maureen Droney (Vice President, Producers & Engineers Wing). Droney shared the central concept of the panel: the “nitty gritty of music recording. mixes, metadata and other information organized in a way that makes the project professionally delivered?”

Panelists shared their daily workflow, outlining tips for maintaining file directories, using naming conventions, and successful backups of all materials. While each panelist had differences in the details of their workflow, all four were united in emphasizing the importance of clear and consistent file management and backup.

Balding noted that knowledge comes from experience, which includes making mistakes. “It’s a collection of wisdom that can help people avoid making the mistakes I made.” Massenburg agreed, “Newbies don’t understand the importance of saves until they lose a session. And then it really comes down to you.” Later, Hennessy quoted a quote from Massenburg he remembered: “I remember hearing George say, ‘If it’s in one place, it’s already lost. If it’s in two places, you rent it. But if it’s in three places, you ‘it’s covered.'”

TM Revolution models for his own poseable SHFiguarts figure