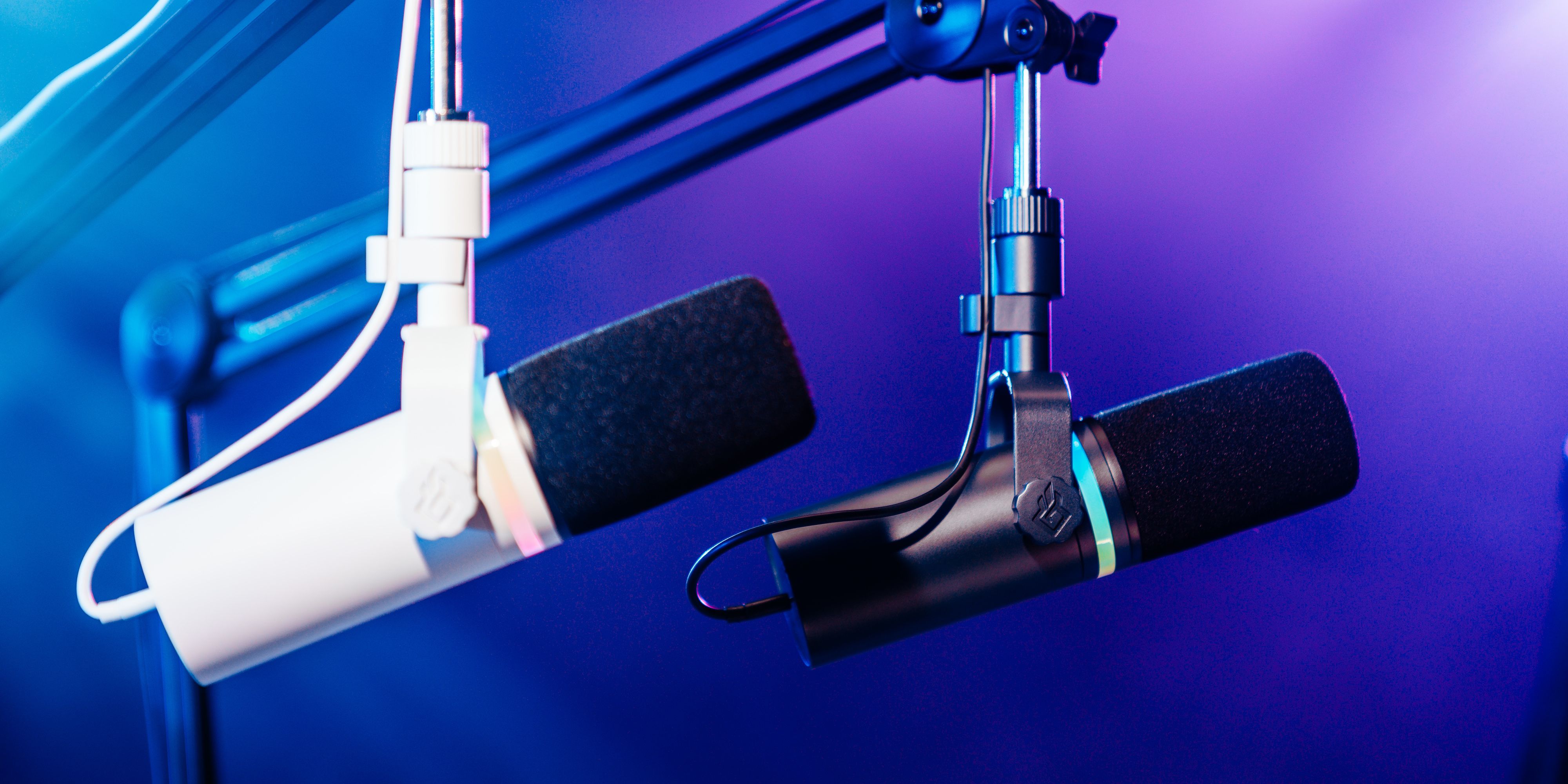 BEACN Mic is a huge leap forward for USB microphones

In the endless battle for content creator dominance, USB microphones are constantly fighting to position themselves with a number of unique features. But if there is to be a new market leader, it’s hard to top the BEACN Mic.

A USB dynamic microphone, the BEACN Mic is one of the many flagship products launched by BEACN. Although BEACN has only just entered the audio peripheral scene, the people behind the company have been around for quite a while. Specifically, many of BEACN’s key creatives come from TC Helicon, where they worked on the hugely popular GoXLR.

That’s all to say that BEACN is very much in tune with the needs of content creators and streamers when it comes to audio presentation. And when developing the BEACN Mic, the company had a pretty good idea of ​​the unique features its product could offer.

After spending several weeks with the BEACN Mic, there is no doubt that this is one of the premier audio input devices. At $279, the BEACN Mic isn’t cheap, but it offers two-pronged value that’s simple to set up, easy to use, and fully customizable to a level that will satisfy a variety of needs.

The BEACN Mic itself comes in black or white, is well-designed, and doesn’t feel cheap or plastic. It features a profile familiar to most podcasting mics with a customizable RGB light ring separating the microphone/windscreen from the base. Unlike many popular USB mics on the market, the BEACN Mic is a dynamic microphone, which is the preferred option when it comes to unique vocal recordings. The Shure SM7B, by far the most used mic among top streamers, is a dynamic mic, but it’s an XLR mic and therefore requires a few other considerations to take off. BEACN’s mic, meanwhile, is plug and play using a USB-C connector and also includes a headphone jack for audio output.

Out of the box, BEACN Mic produces full, rich sound that’s clear and crisp. Those with a special ear for singing will notice how impressive the BEACN mic sound is for a USB mic and owners will be pleased with the quality it delivers. Its pickup pattern is narrow enough that users can put it right in front of their mouth and not worry about hearing keyboard clicks as well. And the mic itself comes with a built-in stabilizer to help mimic the functionality of a shock mount.

There are some features that other USB mics include that are missing in the BEACN mic, such as volume out or in volume control buttons and a mute function, but these are not deal breakers. It’s somewhat surprising that the mic doesn’t include at least a basic stand, but again, it seems more likely that users buying a $279 mic already have a boom arm like the Elgato Mic Arm LP.

Minor gripes aside, the BEACN Mic delivers near-XLR quality sound at about half the price and with a nice, clean look. Simply put, there’s no better USB mic we’ve tested; the BEACN mic is so good.

BEACN app is a game-changer for audio

However, the mic itself is only part of the equation. BEACN Mic is built with an internal digital signal processor (DSP) that works in tandem with BEACN’s software to add so much customization it’s dizzying. And more importantly, all app-coordinated processing is done on the mic, so low-end CPUs don’t have to worry about throttling while streaming/gaming.

If the micro BEACN is the muscle, the application BEACN is the brain. Using it, content creators can tweak their settings in a variety of categories to both compose their voice presentation and fit their recording environment. Most of the settings have both a basic one for those who just want a feature (like noise cancellation) and an advanced version for those who really like to tweak every detail.

BEACN has made many of its customization options intuitive with visual guides to help users find the right setting. For example, the Mic Setup menu displays a volume meter, so users know exactly how much gain to apply to their mic to get their voice volume in the appropriate range. Similarly, the Expander menu displays a constant audio waveform, so users know where to set their noise gate. Everything is handled with simple mouse clicks or drags.

There is also a Compressor menu to control how aggressively the app will prevent the user’s audio from peaking, either from a loud scream or an unexpected noise. Again, there are counters to show what the feature does and for the user to adjust the option as needed.

And finally, there are digital dials that control a few key EQ parameters like a De-Esser, Exciter, and Bass Enhance. Once users have found the appropriate gain and settings for their audio, they can then further customize it by making their voice less harsh and/or fuller using these dials and also adjusting the specific qualities of their voice.

At a glance, the BEACN app can be overwhelming, but it offers enough visual information to help users see and hear exactly what they’re adjusting. There’s even an option to record and loop it over and over to hear how each dial, slider and toggle affects their sound.

BEACN Mic and the BEACN App are the double punch that will allow content creators to learn how to customize their audio to make it as crisp and clean as the best streamers. BEACN has been great at creating tutorials explaining the ins and outs of the software, but even as a novice, the app teaches a lot right off the bat.

On its own, the BEACN Mic is a great USB microphone, but paired with the app, it’s an amazing one. Before BEACN there was a clear delineation between USB mics and XLR mics, but this option is starting to blur those boundaries.

BEACN Mic is available now for $279 via the official BEACN website.

Amouranth returns to Twitch after a 3-day ban

Twitch is overturning its fifth ban against popular streamer Amouranth, allowing her to return to the streaming platform after just three days.

Owner of every console since Atari, Anthony is willing to try any video game, good or bad, but prefers ones that involve a deep and engaging story. With the Ocarina of Time gladly sitting as his favorite game of all time, Anthony is a sucker for any game where players wield a legendary sword, but can still enjoy anything from a solid sports title to a game with experience. deep multiplayer. Eventually combining his love of video games with his filmmaking skills, Anthony hopes to make Game Rant a fun place to explore all facets of pop culture.