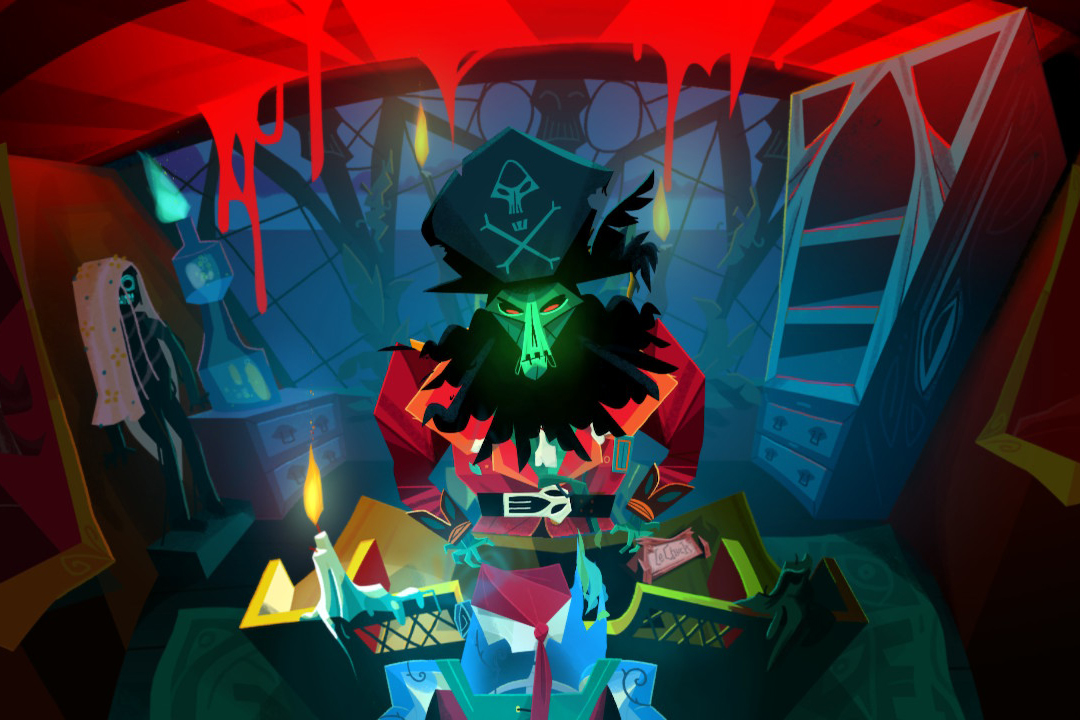 When Disney resurrected LucasFilm Games last year, a lot of attention was focused on what it meant for the future of Star Wars games. But for gamers of a certain vintage, it conjured up the heyday of point-and-click adventures from LucasArts, which pushed the medium forward with imaginative storytelling. The most memorable and beloved of them all? The Secret of Monkey Island.

The fact that we’re not just getting a brand new Monkey Island game, but one from its original creator Ron Gilbert (who last worked on the series over three decades ago with the sequel LeChuck’s Revenge) is nothing. less than a delicious surprise. But Return to Monkey Island is also a perilous undertaking.

It’s a welcome reunion of iconic characters and the talent behind them, including Dominic Armato as the voice of bumbling pirate Guybrush Threepwood – but also with notable absences, like co-writer Tim Schafer (the man behind the excellent Psychonauts 2). The pixel art and illustrative styles of the originals have been replaced with something more divisive. And modern audiences may have little patience for the glory days of adventure puzzles.

Did Gilbert and his Terrible Toybox team manage to get out of it?

Let’s end the controversy: Return to Monkey Island’s art style is perhaps the most controversial among fans since Nintendo first unveiled a cel-shaded tie-in. Then again, this isn’t the first time the series has changed visuals, having gone entirely 3D (a move that hasn’t aged so well).

Once you see the new “moving picture book” aesthetic in motion, it really works to capture the charming yet wacky vibe of Monkey Island. This is a series known for its surreal humor and goofy characters, from recurring characters like fast-talking salesman Stan to new members of LeChuck’s zombie pirate crew. Art director Rex Crowle, known for his excellent work on Tearaway as well as the indie adventure Knights and Bikes, brilliantly brings them to life. It’s also the first of many signs that this isn’t a sequel going the way people might expect.

But what next exactly? This one actually takes place after the second game, which had an infamously controversial ending that fans are eagerly waiting for Gilbert to resolve. Yet it doesn’t ignore Guybrush’s adventures in later games either: those events are chronicled in a scrapbook for players to catch up on, which is especially handy for newcomers.

Fans with decades of questions probably shouldn’t expect all the answers to be so straightforward. To take a movie analogy, this isn’t meant to be Pirates of the Caribbean, a hilarious summer blockbuster that later took itself far too seriously as a trilogy. Instead, Return to Monkey Island cares more about tickling your funny bone as it continues to serve up a mixture of delicious wit and silly jokes that got us into LeChuckles, and actually draws inspiration from another classic swashbuckling adventure film for its clever narrative setting. That’s all we’ll say so as not to spoil the surprise.

Still, for old fans, there’s a wave of nostalgia as we return to familiar places like Melee Island, even if some places seem worse. You’ll still find classic jokes, from the Scumm Bar (named after the SCUMM engine the original Monkey Island games ran on) to the guy with the badge telling you to ask him about Loom.

The experience has been thoughtfully updated so that it’s not just a point and click on the Nintendo Switch. You can control GuyBrush directly with a controller, although playing in handheld mode using the touchscreen is just as natural. Double-clicking makes it move faster, swiping down skips dialogue, and more importantly, holding our finger over objects shows what to interact with and how.

Unlike the original games, which used a verb-object design for its often bizarre puzzle logic, here it’s been simplified with a drag-and-drop system. It automatically suggests what interaction an item in your inventory may have with another, with a red cross appearing if it has no effect.

This largely streamlines the puzzles, so you don’t spend time banging your head against a wall as you try every possibility. It doesn’t reduce the possibilities for comedy either, as there are still plenty of dialogue options that include deliberately silly responses.

don’t look at it

Puzzle difficulty is split between casual mode and hard mode, with the latter remaining much closer to the original games with multiple stages to complete. Monkey Island’s routine of finding items and figuring out when to use them remains central to the gameplay with either. Both come with an in-game hint system.

Rather than heading you to Google the moment you get stuck and unwittingly encounter spoilers, the clue book acquired at the start helps you solve the puzzles you currently have. It’s robust enough to go through each step at a time, noting what you’ve already attempted and never giving anything away unless you specifically ask for more. It’s a good balance, so you’re still likely to figure things out on your own after a little nudge.

You’ll eventually have multiple objectives in the second half, where you can sail to multiple locations besides the titular island. If you get stuck on a puzzle, you can just try something else – which might then provide the solution to your original puzzle.

That means doing quite a bit of back and forth (definitely the case with how many times you have to visit the locksmith), some backtracking isn’t so bad when it leads to new puzzles. Plus, considering how much time has passed since we visited Monkey Island, it’s fun to spend time losing your way until a eureka moment hits.

Back to the verdict of Monkey Island

Like other sequels made decades later, Return to Monkey Island is as much about trying to recapture a series’ past glories as it is about looking to the future and appealing to new generations. It’s a delicate balancing act that sometimes makes it impossible, but the fact that the game doesn’t have to take itself so seriously helps.

Streamlined mechanics modernize adventure gameplay, working just as well with a controller or touchscreen as with a mouse, while well-rounded guidance means you don’t have to scratch your head or run in circles for ages (unless you really want to).

There’s a degree of emotion in seeing an older Guybrush desperate to take care of unfinished business, and one wonders if this long-awaited sequel will be remembered as fondly as the originals. But deep down, it’s a game that cares most about making you laugh. It’s something we could all use more of right now.