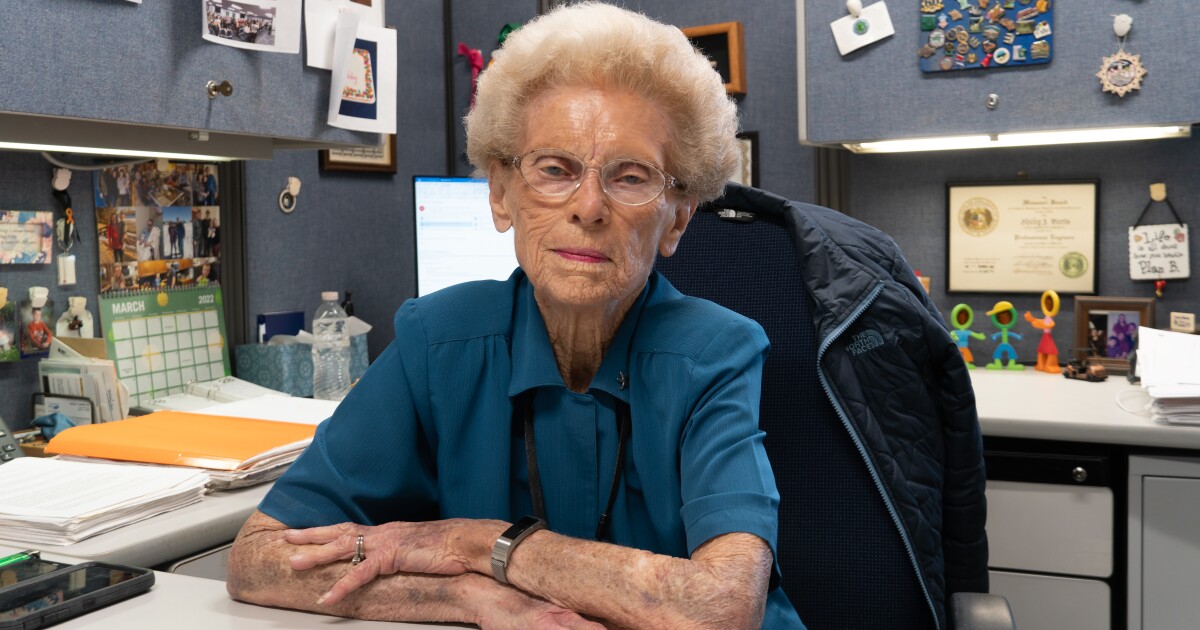 At 92, Shirley Norris is Missouri’s longest-serving full-time state employee — and has no plans to retire | KCUR 89.3

Shirley Norris is 92 and has no plans to retire anytime soon.

That makes Norris, a project manager for the Missouri Department of Transportation, the longest-serving full-time government employee in the state. Currently, Norris is expected to manage 46 projects between 2023 and 2027, totaling more than $190 million.

She says working 40 hours a week, and often more, suits her.

“It’s not broken,” she said on Friday Saint Louis live. “So I’m not trying to fix it.”

Norris manages projects in Jefferson and Franklin counties and is currently adding lanes and improvements to I-55. At this point in her 45-year career at MoDOT, she has trained many of its bosses. She’s blunt, fueled by “Cheetos, cookies, and coffee” and rarely arrives at work after 6:30 a.m.

“I’m addicted to Cheetos,” she said. “And [coworkers] bring me Cheetos, bless their hearts, on regular occasions.

Originally from South St. Louis, Norris was one of the first female engineering students at Vanderbilt University. Her father, who ran a salvage yard, was determined that his only child would get the education he needed. He paid her tuition and became one of her biggest supporters.

Norris graduated in 1951, but it took him nearly 30 years to become a full-time engineer. At first, she was a stay-at-home mom and learned to ride horses from ranchers while living in Colorado. But when her husband was killed by a drunk driver in the 1970s, she suddenly became a single mother.

For a time, she was doing well financially, which she attributes to her husband’s numerous insurance policies. But after her children went to college, she wanted to work – and needed the money. After some private companies rejected her resume, she said MoDOT took a chance and hired her. At the time, she says, female engineers were still rare.

“I never forgot him,” she said. “I’ve always been obligated to them. They gave me a chance. They were patient with me. And I became passionate about the work.

By the time she arrived at MoDOT, she said any sexism she encountered “went past me like water off a duck’s back.” Instead, she said she focused on her job.

Every day, Norris wears a starfish pin to work. It comes from an old adage that reminds her that she can make a difference in people’s lives – one beached starfish at a time.

At this point, she joked, her kids almost think she likes her job more than they do. But that’s not the case – she just doesn’t have anything better to do.

“If I couldn’t work, I would go up one wall and down the other,” she says.

Norris takes her job seriously, so if her health began to decline, she would have no problem passing on the baton and retiring. She said she asked her bosses to be direct with her if she could no longer handle the job.

“I’m paid with taxpayers’ money,” she says. “If I’m not producing, someone has to tell me.”

His next goal is to do at least two more years. This way, she can take another step: spend half her life in MoDOT.

“Saint Louis live” tells you the stories of Saint-Louis and the people who live, work and create in our region. The show is hosted by Sarah Fenské and produced by Alex Heuer, Emily Woodburyand Kayla Drake. Jane Mather-Glass is our production assistant. The sound engineer is Aaron Dorr.