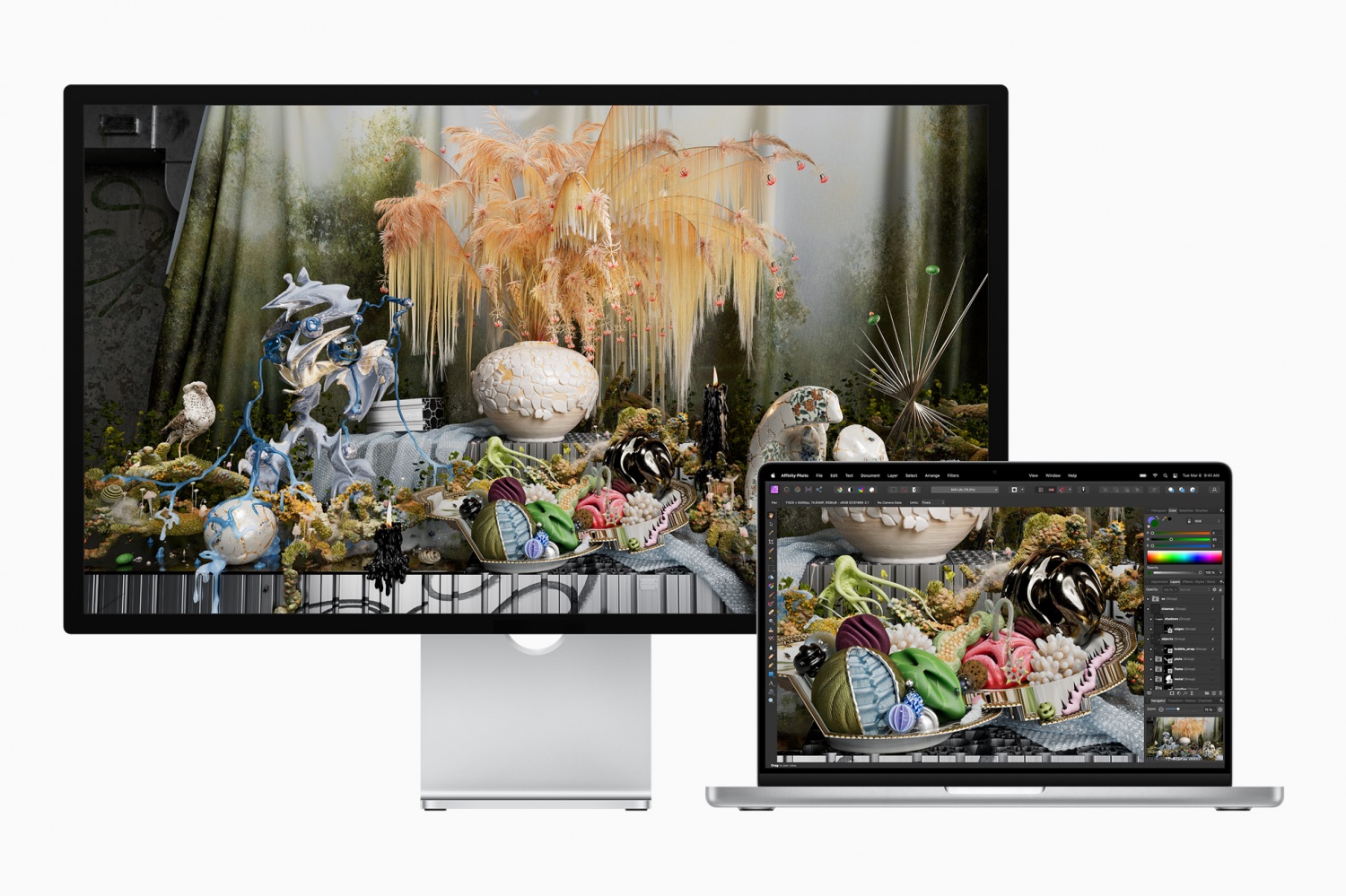 Apple’s Studio screen already has limitations, is it compatible with Windows?

(Photo: Apple)
Apple’s Studio Display is compatible not only with the Mac Studio, but also with other Macs, including the Mac mini, MacBook Pro, and MacBook Air. The question now is, is it compatible with Windows?

Apple’s Studio Display, the 27-inch 5K display that should be the best in gaming today, just released a few days ago with a bang. It has over 14.7 million pixels and can recognize 1 billion colors. But during this time, fans and analysts have already seen some limitations.

Are they worthy of interest?

Fans were immediately curious after the unveiling at Apple’s “Peek Performance”. Will Studio Display be compatible with a Windows PC?

The answer is yes, the Apple Studio Display is PC compatible, Apple told The Verge yesterday. The stunning screen can be used by a Windows PC with its webcam, microphone and speakers.

But then, is there a catch? It seems there are.

It turns out that Studio Display’s compatibility with Windows has its limits.

For one, Center Stage will not be available. The feature automatically locks onto a person during a video call or video recording. Its nature, being a feature specific to macOS, strictly prohibits the use of any other operating system.

Other features available only to macOS users include “Hey Siri” functionality and spatial audio. The first feature being limited is understandable due to Siri’s iconic stature. However, for Spatial Audio, a feature that brings theater-like sounds to its listeners, there seems to be no compelling reason why it can’t be available for Windows.

Based on these limitations, it may be best for Windows users to research other screens that are better suited to their respective operating systems.

Studio Display has no promotions

The newly released Studio Display had no shortage of promotion. What he lacked was promotion.

Apple’s ProMotion technology enables a 120Hz refresh rate. This allows the display to switch the refresh rate between 20Hz and 120Hz, depending on the graphics on the screen.

This feature should have been included in Studio Display, a product looking to build its reputation on visual magic. The Dynamic feature significantly saves battery life by lowering the refresh rate when there are no moving images, then increasing it as other images come to life.

If it’s included in the MacBook Prowhy not in Apple’s new Studio Display?

A “stand” that seems like it can barely stand

What most fans look for in a stand, whether used for a book, lamp, or display, is the ability to adjust its height. This capability is missing in the Display Studio. Initially, it is. Because users will still be able to have a height-adjustable stand… for $400.

It seems like a small problem, but the price for solving this small problem is a little high, as observed by PCMag.

Will fans “stand” for this? This question remains unanswered because the official release of the products will take place on March 18.

Until then, the Studio Display is now available for pre-order. The rest of the screen features can be seen here.

Related article: Apple announces Mac Studio, a 27-inch 5K studio display – How much will they cost you?