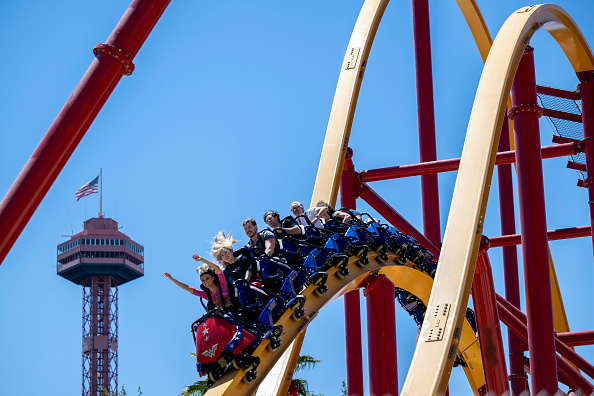 The iPhone 14 and some Apple Watches have been programmed to detect when its owner has been involved in a car accident. There was even a case where the iPhone alerted emergency personnel to an accident and sent the contact details of its owner.

But like all things in development, there are still a few issues to work out. The iPhone 14 has an interesting new addition which is the collision detection feature, but it also detected other extreme circumstances like an accident. According CNETthe feature triggered a 911 call during a roller coaster ride.

How does the crash detection feature work?

The new iPhone 14 and some Apple Watch features use a high dynamic range gyroscope and high G-force accelerometer. It also uses GPS, a barometer, a microphone, and advanced motion algorithms, as mentioned in MacRumors. With these they have trained the functionality on over a billion hours of driving and crash data.

These factors allow the device to determine whether movements and changes around the user can be identified as an accident. Once the device detects an accident or accident-like incident, it displays an alert on the screen for ten seconds.

Since roller coasters can be noisy, the microphone can pick up distress in your surroundings. The axis gyroscope and G-force accelerometer detect four main types of collisions, frontal, side, rear and rollover collisions.

Since a roller coaster doesn’t exactly have slow, steady motions, the axis gyroscope and high G-force accelerometer will compare it to a car crash. If the user is halfway there, they can’t exactly pull out their phone and ignore the collision alert.

How can I avoid this?

If you’re planning on doing adrenaline-inducing rides like roller coasters, it’s best to take care of the collision detection feature first. You can also just put your phone on airplane mode.

If you’re worried about missing important messages when your phone is in airplane mode, you can simply disable the feature in your iPhone 14 or Apple Watch settings. There’s also the option of leaving your device with someone while you take part in activities that mimic accidents.

So far, Apple has not fixed this problem yet, but there are various ways to fix the problem without causing much inconvenience to its users. It’s best to approach this personally at this time to avoid calling emergency personnel by mistake.

Create your own vinyl records with this little vinyl maker