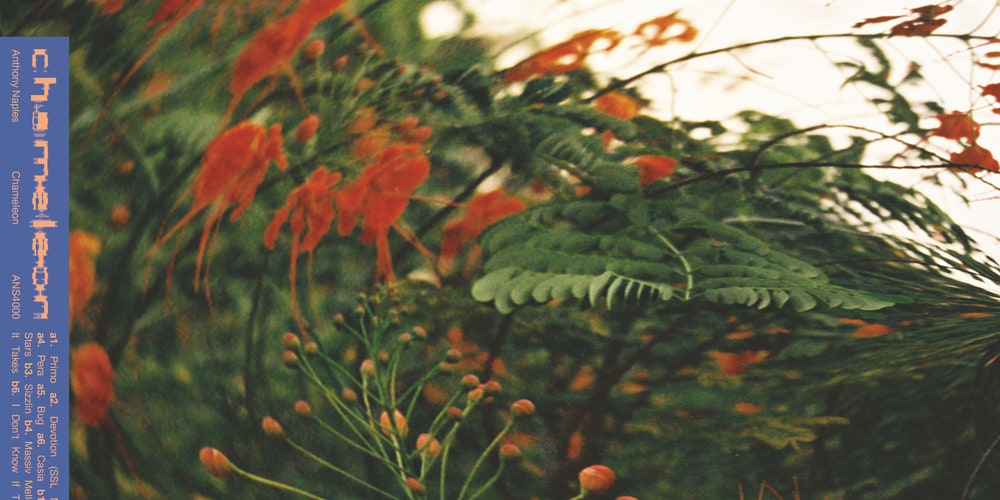 Anthony Naples launched his first album with a fakeout. The New York producer made a name for himself in 2012, at just 22, with an effervescent jam house ranked among the best dance music of the year, and he was quick to strengthen his bona fide club. with a series of EPs that leaned on his signature saturated machine rhythms. But in 2015, a first meeting with his first LP, Pill for the body, was enough to wonder if there had been a mistake at the pressing plant: after two minutes of ambient staging, the first song exploded into mid-tempo drums and sounding chords, almost like a tribute to Sonic youth Dream nation– although made at home on a laptop.

The rest of Pill for the body returned to the usual Naples burst house music, and in the years since, with the exception of the ambient of 2018 Take me with you, he’s reliably focused his efforts on a pretty narrow context – call it music for the Brooklyn warehouse parties where the sun is just starting to force its fingers through dust-covered windows. But on Chameleon, his first album in two years, Naples returns to this difficult to locate territory that he began to map in Pill for the body‘s opening minutes, in which guitars and drums are swirled in a liquid pool of electronic sound. The result flows like a silted river carves branching shapes across a river delta.

A dance producer embracing side hustle adjacent to the environment during the pandemic might not seem like a terribly new proposition. Corn Chameleon, despite what the title might suggest, never resembles the work of a musician transforming his colors defensively to accommodate a sudden change in the environment. The winding path of music has a truly exploratory feel; the counterpoints of the synth and the guitar are meditative but never tearful. The playful spirit of music keeps Chameleon refreshing without any hackneyed balm for the luggage of troubled times.

In fact, Naples, in the grip of the feeling that it had played it safe on his previous album, had already started working on new direction in the fall of 2019. The lockdown offered him the kind of free time – and maybe – even be the neuroses – conducive to making more experimental music. Feeling completely insane, he stripped the room of everything except a synthesizer, microphone, and lamp before recording. To combat writer’s block, he claimed that the music was actually played by other musicians, and he was only the producer tasked with sculpting their production into its final form.

You can detect traces of these strategies in the simplified form of Pill for the body, and also in the approach to the genre of the record, which sometimes almost feels like a kind of role-playing game. Shades of all kinds of unexpected influences float in the music: the phased guitars of the Cure Seventeen seconds, the feathery scratching of Paisley Underground, the big breakbeats of trip-hop. The album tends to zigzag between heavier dishes, led by electric bass and drums, and pools of the purest ambient sounds. Dub and post-punk are clear inspirations, but Naples never falls back on obvious tropes. Their influence is only felt at a glance, in the muscle applied to a booming bass tom or a brief burst of analog delay that scatters parts of a song in the winds.

Many of the record’s more intriguing tracks feature unusual collisions, like the Portastudio equivalent of a Hollywood executive’s elevator pitch. The cosmic shimmer and bluesy solo of “Massiv Mello”, a blissful post-rock epic, suggests that Manuel Göttsching E2-E4 for the jam-band circuit. “You Got What It Takes” could be Mark McGuire trying out for Mo Wax’s list. And the dazzling “Full O ‘Stars” sounds like McGuire’s Emeralds to Carl Craig’s Land cruise Where More songs about food and revolutionary art. Craig’s pioneering approach to ambient tech is over Chameleon. In the mid-1990s, the Detroit producer devised a style of electronic music in which catchy beats were tempered by powdery textures and dreamy, elongated layers, and here Naples takes up that careful balance of opposing influences. Underpinning the bubbling arpeggios of nominally ambient “Hydra” is the kind of seismic sub-bass that could rock Berghain to its foundations.

Despite the sketchy feel of some of the record’s shorter songs, Chameleon looks like a unified work, intended to be experienced in its entirety. The back and forth dialogue of the synth and guitar phrases from Naples is gestural, provisional; you can practically hear the question mark hanging in the air, and each successive track is laid almost like a response to the previous one, with recurring themes throughout – a monologue in the form of cluttered conversation. What keeps it all together is a kind of relaxed hustle and bustle. It’s never rushed or frantic, yet it is constantly changing shape, trying new sounds, and changing ideas about how a person working in cabin fever might stubbornly rearrange furniture in search of clarity. For a record made in the claustrophobic quarantine doldrums, Chameleon suggests almost unlimited horizons.