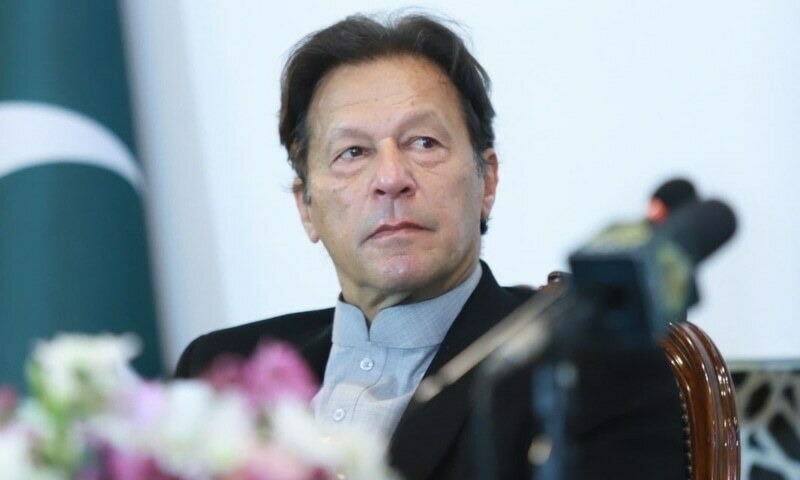 Another leaked audio drops, this time allegedly of Imran strategizing on horse-trading in parliament – Pakistan

Another alleged audio of former prime minister Imran Khan was released on Friday, the latest in a series of leaks from the prime minister’s office, allegedly featuring the PTI leader talking about haggling in parliament.

In the audio recording, a voice believed to be Imran’s says, “You have a misunderstanding that the numbers game is now over. […] don’t think it’s over.

“You see, 48 hours is a very long time. Big things are happening. I’m making my own moves that we can’t make public,” Imran reportedly said.

The head of the PTI allegedly went on to say that he is “buying five.”

“I gave the message that these five are very important. And tell them that if they secure these five […] and if he rolls a 10, then the game is in our hands. The nation right now is alarmed. Overall, people want us to win one way or another.

“Therefore, do not worry whether it is right or wrong […] even if they broke one, it would make a huge difference,” adds the voice, believed to be Imran’s.

The audio clip released on Friday is the third of its kind featuring the PTI president. An audio clip last week allegedly revealed a conversation between Imran and then-Principal Secretary Azam Khan about the cipher – shared by Asad Majeed, then sent to the US – that Imran used to peddle his conspiracy story abroad.

In the clip, the former prime minister allegedly told Azam to “play” the number and turn it into a foreign plot to oust his government, but adds that there is no need to name a country.

A day later, another clip surfaced – supposedly a continuation of the conversation from the previous recording – featuring PTI leaders Asad Umar and Shah Mahmood Qureshi discussing the “conspiracy” figure. Foreign” with the former Prime Minister and former Principal Secretary.

On Friday, PTI leader Fawad Chaudhry did not disavow the content of the latest audio clip but said “everyone knows where and how the audios are made”.

In a tweet, the former minister asked, “By joining voices like these, will you prove that NRO 2 is valid?”

A clip denounces the “hypocrisy” of Imran

Later in the day, Prime Minister Shehbaz Sharif said that “latest audio leak reveals Imran Niazi’s hypocrisy”. He added: “Someone who never tires of lecturing the nation on morality is himself openly involved in the immoral horse trade. Its fraudulent nature is exposed every day. Niazi’s anti-state actions make him unfit for high office.

Meanwhile, Information Minister Marriyum Aurangzeb said the latest audio leaks were a “slap in the face” of the PTI leader’s account he had conveyed to people at his rallies.

“He called the horse-trading shirk during his rallies, but audio leaks revealed that he was also involved in them,” the minister told a press conference in Islamabad today.

She said Imran should be questioned about the audio leaks and his actions that allegedly sabotaged national security.

“He played those games without weighing the pros and cons,” Aurangzeb said.

She said Imran had “deceived” the masses, adding that he needed to be questioned about it and the nation must now recognize “his plan”.

What started as an alleged and potentially embarrassing audio leak appears to have turned into a widespread national security incident in the form of a slew of audio recordings of conversations between key government figures – including the Prime Minister Shehbaz Sharif, PML-N leader Maryam Nawaz and some federal cabinet members – were released last month.

The content of the recordings appears to be casual conversations in the PM’s office – as opposed to recorded telephone conversations.

First, a recording of Prime Minister Shehbaz surfaced where he was discussing with an unidentified official the possibility of facilitating the importation of Indian machinery for an energy project which was of concern to Maryam Nawaz Sharif’s son-in-law, Raheel.

Further recordings surfaced a day later, which were shared on social media by several PTI leaders, regarding former finance minister Miftah Ismail and the resignations of PTI deputies from the National Assembly.

A clip purportedly features a conversation between PML-N Vice President Maryam and the prime minister about Miftah, in which a voice believed to belong to the former says he ‘doesn’t know what he’s doing ” and wishes the return of the pillar of the PML-N Ishaq Dar.

Prime Minister Shehbaz called the discovery of audio leaks a “very serious mistake” and announced that a high-level committee would be formed to investigate the matter.

Meanwhile, the prime minister also said Imran’s audio leaks were “an irrefutable endorsement” that the PTI leader was the “biggest liar on the face of the earth”.

Save 55% on a subscription to Babbel Language Learning