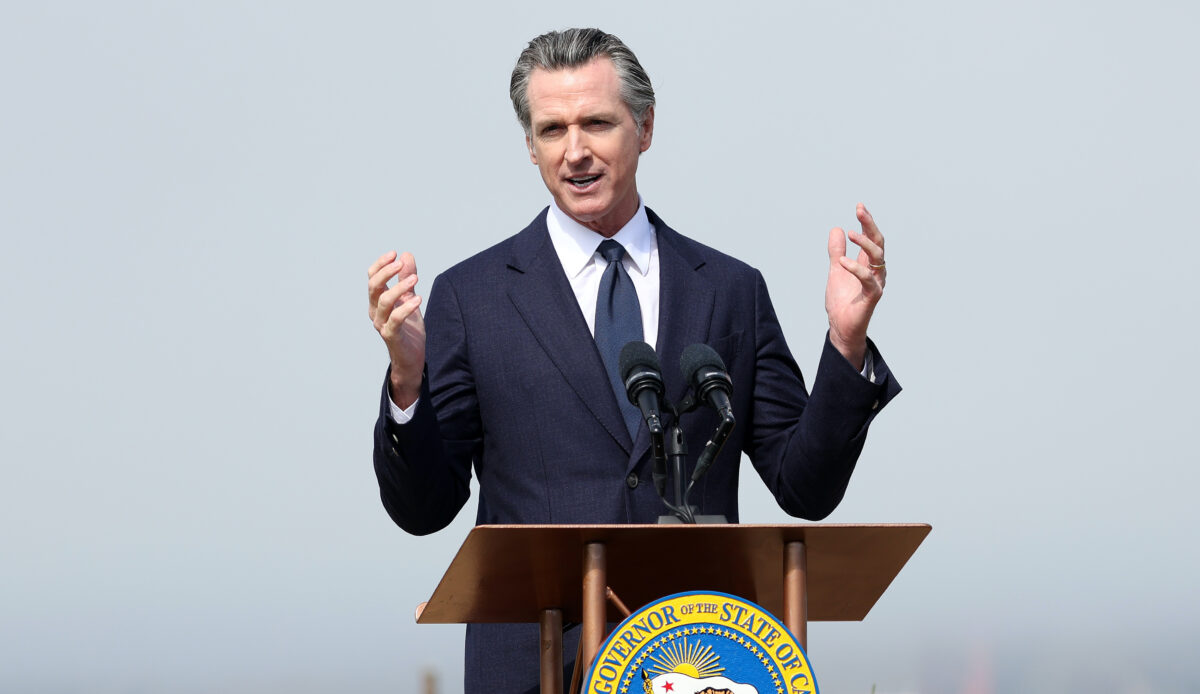 Governor Gavin Newsom’s speech after his Nov. 8 victory says more about his presidential plans than how he will govern California. His 57.3% of the vote this time was down from 61.9% in his 2018 victory, although his opponent this time, Republican Brian Dahle, was almost invisible to voters.

This 4.6 percentage point drop shows that not all Californians are happy with its governance. Still, a win is a win.

He began: “But I am also deeply motivated and aware of all the energy in this room, especially the positive action taken by the State of California, the people of California have taken in no uncertain terms to affirm our values ​​and move on to attack and declare overwhelmingly that we are a state of freedom, that we support the reproductive health rights of women and girls.

He talks about the passage of Proposition 1, which made abortion, already legal in California up to the 25th week of pregnancy, legal up to the second before birth. He received 65% of the vote, although opponents spent almost nothing. Votes on legalized abortion were also won nationally in Michigan, Kentucky, Vermont and Montana, as well as in Kansas earlier this year.

The votes came in response to the overturning of Roe v. Wade in June by the United States Supreme Court, returning the case to the States.

But in Newsom’s speech, note how he also mentioned “girls’ reproductive care.” This means that children as young as 12 could undergo abortions or contraceptives without the consent of their parents. This might not play out as well in the states mentioned above as abortion for adults.

Newsom continued: “But one thing that is settled here today is who we are as a state and what we hold dear in terms of values. Freedom, belief in family. What is not regulated is the freedom of parents to bring up their children according to their own religious or ethical convictions.

He continued for several minutes on Prop. 1, again emphasizing, “How proud I am that we have made it clear with conviction that we are a true state of freedom, that we embrace the lives of women and girls.”

“Girls” again. It will be interesting to see how the abortion issue plays out nationally over the next few years. This year was different because of Roe’s overthrow. But the goal was to send it back to the states, which happened. Making it a national issue, by Newsom, President Biden and others, might not work as well in 2024.

He said: “We have governors who won re-election tonight in other states who ban books, who ban speech, who ban abortion. And here we are in California, we’re going in a completely different direction. It is a source of deep pride, and it is with this passion that I bring to this second mandate the resolution to do more to advance this cause of freedom and equity.

In reality, the only ongoing “book bans” are those of California tech companies, all closely tied to national security bureaucracies, which prohibit free speech online. What Newsom is talking about is Florida and other states banning the distribution of pornography to school children. If he wants to run over 8-year-olds exposed to dirt — in tax-funded classrooms — he might have some surprises.

Of immigration, Newsom said, “These red states where there’s a cruelty that speaks to people, intimidates them, makes them feel less. This cruelty is extended by sending migrants to an island and celebrating it as a fleeting victory at the expense of others.

He tackles the stunt of Florida Governor Ron DeSantis, a potential presidential rival, who transports illegal immigrants to Martha’s Vineyard in Massachusetts. It’s the exclusive playground of the super-rich, like Newsom, who like to tell the rest of the country what to do about opening borders and other issues. By all accounts, the immigrants enjoyed the trip and were treated well, before the National Guard – made up of poor, middle-class troops – drove them out of sight of Newsom’s wealthy cronies.

Since California is a sanctuary state, why didn’t Newsom invite them here?

He concluded with a long sentence: “As we turn the page on this campaign, I hope we turn the page on this polarization in our national discourse, once the dust settles with all these national elections, we can all start to reconcile these differences. and all of them begin to focus on these universal values, this journey of recognition, this lack of dignity that some have described, this moment when people do not feel seen and do not feel heard.

On the contrary, Tuesday’s elections showed the opposite: national divisions are bigger and deeper than ever. On the abortion issue he hopes to run in the Oval Office, Florida, Texas and other states are going the opposite direction of California and making it almost completely illegal. If Newsom and other progressives left it at that, with each state deciding the issue, it would become less important.

But Newsom and others, like Speaker of the House Nancy Pelosi, reelected governors Kathy Hochul of New York and Gretchen Whitmer of Michigan, won’t leave him alone. Abortion will always be nationally divisive because they want it that way.

Newsom’s final words, “We all have a responsibility to do a little more to meet people where they are and to dig a little deeper in terms of developing others. And that’s my commitment to the people of ‘State of California tonight with the spirit of my family by my side as I watch this great family, California, where the future we proudly say comes first. Thank you so much, California.

But the future is that California lost a seat in the House of Representatives after the 2020 US census and will likely lose one or two more in 2030. And in 2020 Florida gained one seat and Texas gained two. .

Meanwhile, Newsom will be busy with California issues. Twitter has downsized and, just a guess on my part, might move to Texas to join new owner Elon Musk’s other companies. Facebook/Meta laid off 11,000 workers this week after its stock fell 75% in the past 15 months.

The billions of dollars in taxes these workers paid into the California Treasury, generating massive surpluses, will be gone. The housing market is also collapsing, taking away all that capital gains tax revenue.

For Governor Gavin Newsom, the “future” will be very different from what he expects.

John Seiler is a veteran California opinion writer. He has written editorials for The Orange County Register for nearly 30 years. He is a United States Army veteran and former press secretary to California State Senator John Moorlach. He blogs at JohnSeiler.Substack.com