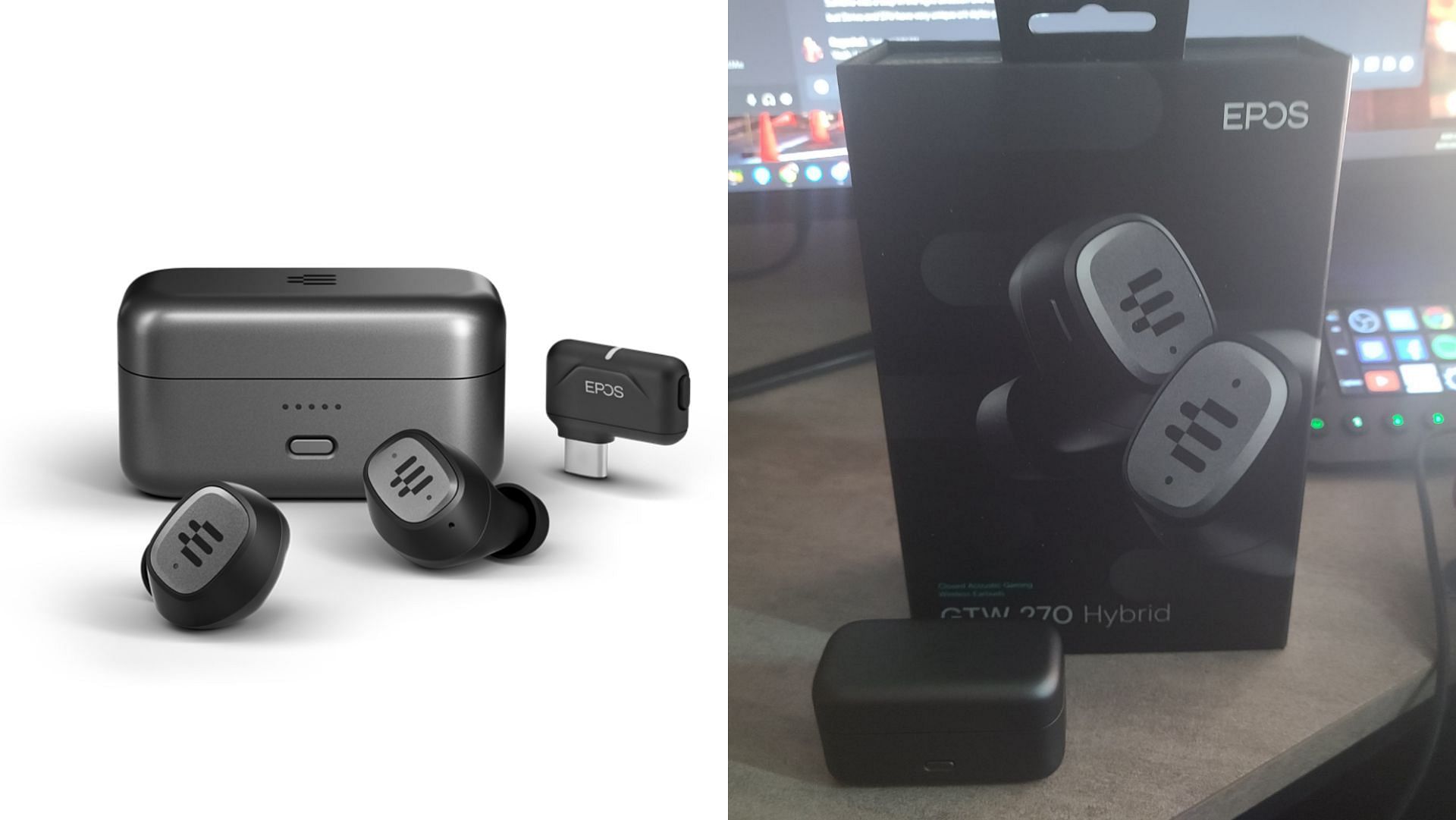 Personally, I don’t often wear headphones, but I was very interested in the EPOS GTW 270 Hybrid. After all, EPOS made my favorite gaming headset and made several quality microphones. With that in mind, I put these hybrid headphones through their paces to see how I felt about them.

One thing that definitely sets them apart from other “gaming headphones” I’ve seen over the years is that they include a USB-C dongle, which can connect the headphones to a variety of platforms.

The EPOS GTW 270 Hybrid has incredible sound when it comes to audio, a solid and heavy feel, and decent battery life. It’s not all rosy though, as I noticed a few issues worth noting.

This is EPOS’ first solo project, and although I like them, I have mixed feelings after spending a few days with them. Overall, they’re a solid product, and I like using them with my phone to listen to music while I’m cleaning around the house or playing on my Nintendo Switch. However, there was one major hurdle I had to overcome that was worth discussing.

One of the first things I noticed might not be a problem for everyone. My router had both a 2.4GhZ band and a 5GzH band, and both were on. After doing some research, this is why I’ve had notoriously bad connectivity issues with Bluetooth on my PC over the years.

There was interference in the signals so things just didn’t work the way they should. The headphones would immediately disconnect as soon as I put them on. Fortunately, the problem is solved. I decided to add it to my review in case others have the same problem.

What is the physical appearance and purpose of the EPOS GTW 270 Hybrid?

The EPOS GTW 270 Hybrid are “true” wireless headphones, they slip directly into your ears like Air Pods. I like the physical design of these more than the Air Pods. They feel heavy and heavy without causing discomfort.

A downside for me was that there’s only one button on the EPOS GTW 270 Hybrid that controls all facets of audio. It answers calls, plays music, takes breaks, reads, etc. It’s also a very small button, so for me it wasn’t worth messing with. It’s much easier to press a button on my phone.

The headphones also come with multiple ear tips for a variety of ear sizes. I used the default as I hate replacing rubber tips on the headphones, and luckily they felt great! This is going to vary from person to person, so keep that in mind.

They also come with a sturdy carrying case that charges the headphones and also serves to start networking Bluetooth devices. It’s a bit boring to pair via Bluetooth as the instructions have to be done in a very specific order.

One thing that frustrated me was that the headphone connection is very sensitive to its surroundings. If I plugged the dongle into the back of my PC, it was useless.

Luckily, the EPOS GTW 270 Hybrid came with an extension cable that I could just plug into the top of my PC, and that helped a lot. Otherwise, it will frequently drop the connection or simply not connect at all.

The carrying case also felt heavy to me, and that’s a good thing again. They don’t feel light or cheap. The material they are made of is solid and there is no difficulty in putting the headphones in the case to start charging.

The battery on them is amazing too. I carried them around all day for a few days, putting them in the carrying case when I wasn’t wearing them, and found the charging time to be solid and the battery life to be quite good . They hold a charge for about 4 hours and 55 minutes, and the charging case holds 3 charges before running out. That’s a solid 20 hours right there.

Listening on the EPOS GTW 270 Hybrid is incredible; the microphone, not so much

I must say that I loved using them to listen to music. Whether on my PC, on my phone, or playing on my Nintendo Switch, the EPOS GTW 270 Hybrid delivers. The sound is soft, yet incredibly clear.

I had no connectivity issues on my phone unless I left the room and my phone stayed behind. It has a pretty decent range. I spent some time testing the microphone on my PC via Discord. However, while the microphone works and is clear enough, it picks up a ton of background noise.

Everything around me was picked up, so it’s not a substitute for a standalone mic or quality gaming headset. When it came to listening to music, they were fantastic.

I also had connectivity issues on the PlayStation 5. I’ve included footage from my review of The Last of Us Part 1 remaster, where I was using my EPOS GTW 270 Hybrid for audio and microphone. He cuts several times towards the end of the sequence.

I would say that while the promised low latency audio was accurate, the microphone is no substitute for a decent gaming headset. Playing around using it as Bluetooth earbuds is a mistake though. There was a bit of lag here, and that made things quite frustrating. Thank goodness it came with that USB-C dongle.

If you’re not a gamer who desperately needs a microphone to game, you might find some fun in these headphones.

Listening time: Up to 5 hours, up to 20 with charging case

Ear coupling: in the ear

Principle of the transducer: Dynamic, closed

I know I’ve had a lot of pinch with this pair of headphones, but I love them. They’re great for listening to music while I’m doing stuff around the house or traveling, but when it comes to gaming, I’m not as keen.

However, I had a wonderful time playing on my Nintendo Switch while traveling. There was no disconnection, nor did I perceive any audio lag. The microphone, on the other hand, didn’t seem to have low latency, so there was a bit of lag between things I said to people online. However, I’m not sure the $149 price tag is worth it for the lackluster microphone.

The EPOS GTW 270 Hybrid is no substitute for a good gaming headset, even EPOS’ own headsets, but they are a solid backup and deliver great sound.