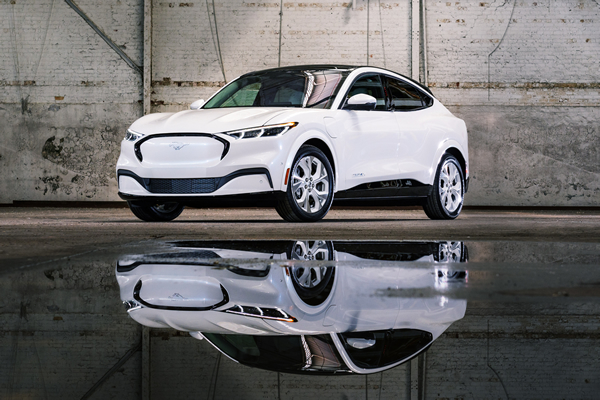 A pair of cool rides provide much needed relief from the summer heat. Both are two-door compacts, with great personalities and unexpected but very pleasant surprises.

BMW has finally given its 4 Series convertible a makeover, the first time since the original entered showrooms in 2013. It’s an eternity in the automotive world. But it was definitely worth the wait, because this second-generation version is a true marvel.

Most autophiles have heard of the controversial front design, with its ginormous kidney-shaped grille. But in person, this styling actually complements the slim headlights and flashy front bumper. As I stepped back to admire the general profile, the soaring figure was a siren song pulling me behind the wheel to ignite the engine.

With the windows and the roof down, it was easy to be captivated by the luxurious two-tone interior, matte finished oak accents and brushed aluminum accents. Closing the roof and rolling up the windows left me equally in awe: this soft top drive is actually quieter than the previous model, which had a retractable hardtop. Another plus: Without all the bulky parts needed for a metal roof, there is more headroom and trunk space. Raising or lowering the roof, which takes just 18 seconds, compared to 20 seconds on the older model, can be done while driving at speeds of up to 31mph (previously it was a sluggish 11mph).

Overall, the cabin layout is clean and uncluttered, with an 8.8-inch infotainment touchscreen, 14-way power seats, and steering wheel-mounted paddle shifters. You can add heated neck warmers, a park assist feature, and a head-up display that shows your speed, speed limit, and other information on the windshield. Perhaps the only downside, aside from the price, was the little rear legroom. At least the power-adjustable front seats automatically slide forward to help rear passengers get on and off. Despite the suave styling, this majestic ragtop has a real nasty streak, at least when it comes to power and performance. I tested the top-level M440i model, with its daring engine, sport suspension and impressive braking. Tackling traffic in the city made it easy to outsmart the pesky backups. But on the open road, with the roof down and morale high, I could really relax and revel in putting the pedal to the metal.

Full of thrills like the BMW M440i convertible but much more affordable, there’s the Mini Cooper S Coupe. Sure, it might not be crazy speed, but that pint-sized dynamo is still very dashing. The Mini is owned by BMW, after all, so much of the same expert engineering and Euro flair lives on, such as athletic handling, gotcha styling and a refined cabin with high-quality materials.

At just 159 inches in length, the tiny Mini fits almost anywhere. It’s also getting a smart facelift, going from cutesy to avant-garde. This includes serious creases in the sheet metal and bold black trim. And BMW has added funky new colors, like Zesty Yellow, along with a new multi-tone roof that combines shimmering gradients of Soul Blue, Pearly Aqua, and Jet Black. Anyone looking at this Mini scoot on the road could easily be mesmerized by the clever spiral-shaped design engraved on the new wheels.

While a base Mini model is fine, my test car for the week was the most powerful S model with – surprise! – a gear lever. Yes, dear reducers, a manual transmission is back as an option. Getting off walks and freeways was a delight. And more than once, I have been tempted to do a ‘Italian job’ maneuver and connect with my inner Mark Wahlberg. Fortunately, the reason and the threat of a ticket prevailed. But at least I felt confident this coupe could handle it.

As with any vehicle, there are a few quirks: Satellite radio is a standard feature and Apple CarPlay is an option, but Android Auto isn’t even available. And the in-dash navigation system and wireless charger cost more, though these items are becoming standard among the competition. But those are minor riffs, given the long list of innovative safety and convenience features that Mini buyers can choose from to customize their cars.