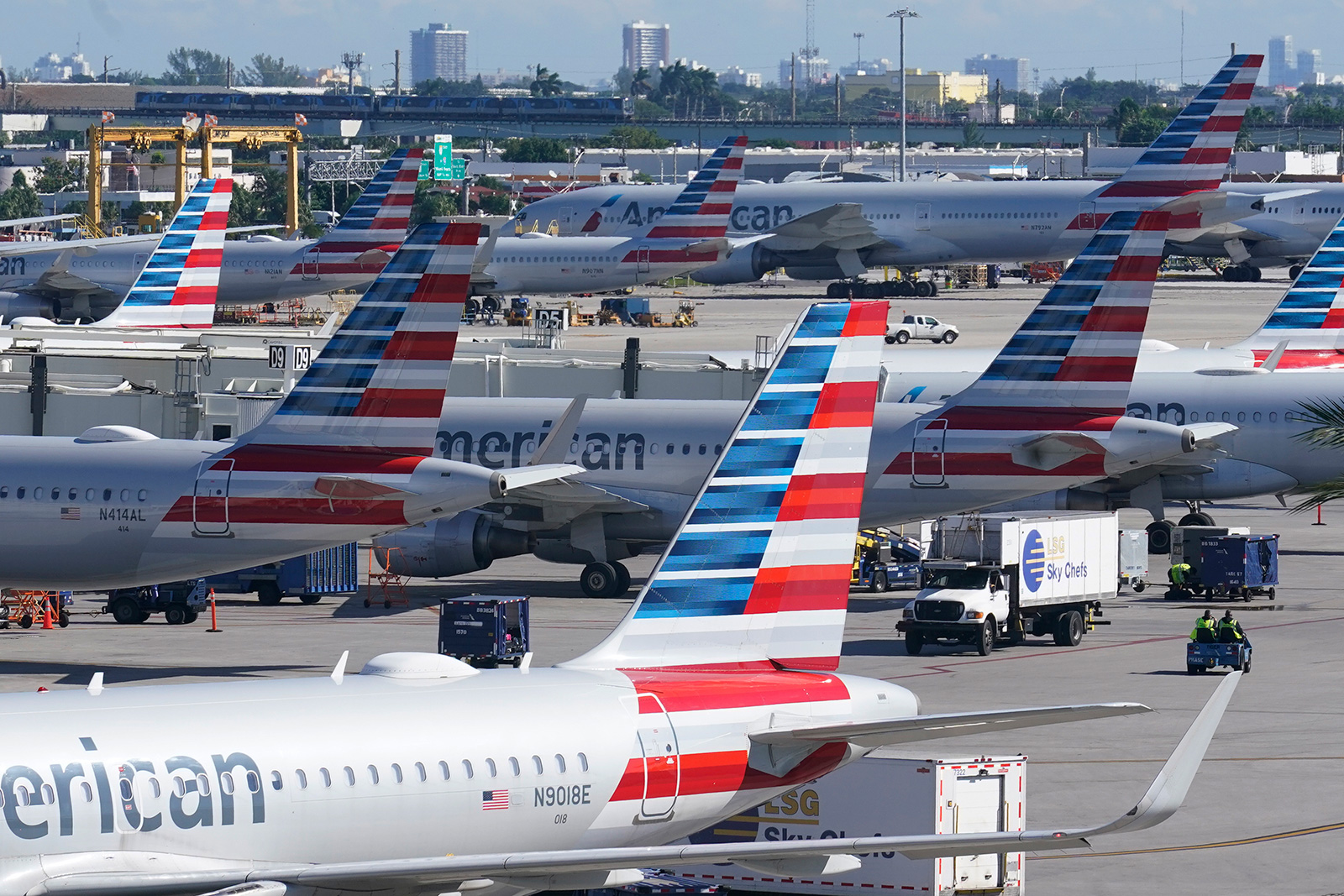 The Federal Aviation Administration said the fines of $81,950 and $77,272 are the two largest it has ever imposed on an individual passenger for acting on a plane.

The passenger facing a fine of nearly $82,000 is accused of repeatedly punching a flight attendant on the head on board an American Airlines flight last July. The flight attendant was responding to threats and the passenger’s attempt to open a door on the plane, the FAA said.

“After the passenger was restrained by flexible handcuffs, she spat, headbutted, bit, and attempted to kick the crew and other passengers,” the FAA said. “Law enforcement apprehended her in Charlotte.”

American said in July that it had banned the passenger from traveling with the airline.

“We commend our crew for their professionalism and prompt efforts to protect those on board,” the statement read.

The union representing U.S. flight attendants said Friday the penalties for the outbursts would make other passengers safer on board.

“We are pleased that the FAA and the Department of Transportation are issuing fines commensurate with the crime,” said Association of Professional Flight Attendants spokesman Paul Hartshorn. “We have to be accountable to the people doing this.”

The passenger facing a $77,000 fine is accused of attempting to “hug and kiss the passenger seated next to her; walked to the front of the aircraft to try to exit during the flight; refused to return to his seat; and bit another passenger several times.

The FAA said the passenger, on a Delta Air Lines flight last July, also had to be physically restrained by the flight crew.

The incidents are two of nearly 6,000 violent and disruptive passenger cases reported to the Federal Aviation Administration last year. Crews reported more than 1,000 more in the first months of 2022, according to FAA data.

The FAA has now announced about $3.6 million in fines since launching a zero tolerance campaign in 2021.

“Ultimately, if you do this on an aircraft and endanger flight crews and other passengers, you will be fined by the FAA and may face criminal prosecution.”

Several Democratic members of Congress introduced legislation this week that would lead to a no-fly list for “violent offenders convicted of assaulting flight crew – including flight attendants, pilots and members crew”.

Unions representing flight attendants have expressed support for the legislation.

Buttigieg said his department continues to investigate the possibility of creating such a list.

Many explosions reported to federal authorities involve the requirement to wear a face mask while traveling. This term is due to expire on April 18. Officials have not said whether it will be extended or allowed to expire.

The FAA says it has referred 80 passengers to the Justice Department for criminal prosecution.